When this system is exposed to molecules that are foreign to the body, called non-self it will orchestrate an immune response and it will also develop the ability to quickly respond to a subsequent encounter because of immunological memory. This is the function of the adaptive immune system. Therefore by exposing a human or an animal, to an immunogenic in a controlled way its body can learn to protect itself which is called active immunization.

The most important elements of the immune system that are improved by immunization are the T-cells, B-cells, and the antibodies B-cells produce. Memory B-cells and Memory T-cells are responsible for a swift response to a second encounter with a foreign molecule. Passive immunization is the direct introduction of these elements into the body instead of the production of the elements by the body itself.

Vaccination is a preventive measure to protect against diseases and build immunity. Vaccination can be taken at various stages from when a new born is born to adulthood to old age.

World Immunization day and its significance

The 10th of November is celebrated as world immunization day every year. This day is celebrated to make people aware of the importance of getting timely vaccination against vaccine-preventable diseases. Also, failure to get immunized will only end up generating expensive medical bills due to a disease that could have been easily prevented with a low-tech and cost-effective vaccine shot. Vaccines also help eradicate pandemics. So it is very critical to educate people about the importance of getting vaccinated.

A brief history of vaccines

1796: – Dr. Edward Jenner created the world’s first successful vaccine against smallpox. He found out that people infected with cowpox were immune to smallpox.

1937: – Max Theiler, Hugh Smith, and Huyen Hagen develop the 17 D vaccine against yellow fever. The vaccine is approved in 1938 and over a million people received it that year. Theiler goes on to be awarded the Nobel Prize.

1939: – Bacteriologists Pearl Kendrick and Grace Eldering demonstrate the efficacy of the pertussis (whooping cough) vaccine. The scientists show that vaccination reduces the rates at which children get sick from 15.1 per 100 children to 2.3 per 100.

1945: – By 1945, the first influenza vaccine is approved for military use, followed in 1946 by approval for civilian use. The research is led by doctors Thomas Francis Jr and Jonas Salk, whom both go on to be closely associated with the polio vaccine.

From 1952- 1955: – The first Polio vaccine is developed by Jonas Salk and trials begin. Salk tests the vaccine on himself and his family the following year, and mass trials involving over 1.3 million children takes place in 1954.

by 1960: – The second type of Polio vaccine developed by Albert Sabin is approved for use.

1971: – The measles vaccine is combined with recently developed vaccines against mumps and rubella into a single vaccination.

2016: – The success of the Meningitis vaccine project highlights the key role public-private partnerships can play in helping to develop vaccines.

2019: – WHO pre-qualifies an Ebola vaccine for use in countries at high risk.

2021: – WHO calls on member states to prioritize vaccination against Covid-19 in all countries. Benefits of Vaccination or Immunization

2. Vaccines cause herd immunity: – This means that if the majority of people have been vaccinated against a disease, then an unvaccinated person is less likely to get sick since the disease won’t spread.

3. Natural Immunity is gained by those organisms whose immune systems succeed in fighting off a previous infection if the relevant pathogen is one for which immunization is even possible.

4. They are important for both adults and children in that they can protect us from the many diseases out there by developing our immune systems. Some of the vaccine-preventable diseases include Hepatitis B, Paralysis of limbs, Amputation of legs or arms, brain damage, hearing loss, and brain malfunction that when left untreated caused death.

5. Some infections and diseases have completely been eradicated throughout the world. One example is Polio. Thanks to dedicated healthcare professionals and parents of children who are vaccinated on schedule. Polio has been eliminated in most countries.

6. Immunization is a key component of primary healthcare and an undisputable human right that cannot be ignored. It is also one of the best investments money can buy.

7. Vaccines are important for your overall health as diet and exercise; like eating healthy foods, exercising, and getting regular check-ups, vaccines play a vital role in keeping you healthy. Vaccines are one of the most convenient and safest preventive care measures available. 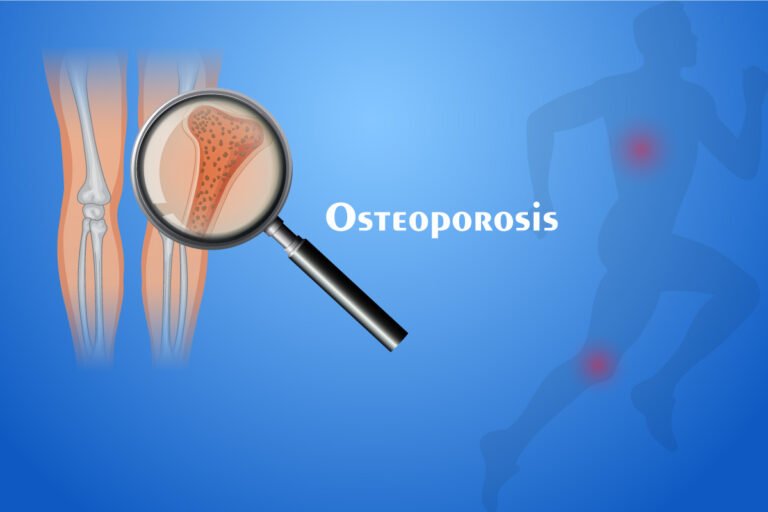 Pneumonia is a serious infection that can quickly become deadly. Pneumonia is the leading cause of death from infectious diseases worldwide. In 2019 alone, pneumonia killed approximately 2.5 million people globally. It is estimated that around one-third of the population were children below 5 years. Pneumonia is preventable through vaccination. You can look for the…

Preventative care for your back and Spine Care isn’t necessarily something you think about on a daily basis. However, it should be! Back pain is a chronic issue that plagues millions of people for a variety of reasons. And if you suffer from back pain, you know how limiting it can be. Taking preventative steps…

Healthy Bones During National Osteoporosis Month, it’s important to remember that bone health is very important. Whether you already have osteoporosis or want to stave it off, it’s crucial that you focus on the health of your bones as well as the rest of your body. If you are at risk for osteoporosis, getting a…